Hello all, I’m Mary (@MaryKCassin), and I’m the new intern here at Cipher Prime. I’m currently a rising junior at Ringling College of Art and Design studying Game Art and I’ve been interning here since the beginning of May.

My first full-blown assignment as a Cipher Prime intern came on my second week here:

Create a game in a week using Unity.

I was a little daunted, because I had never touched Unity before or made a functioning game. I knew I had to keep it simple, but I still wanted the game to be entertaining.

Then Christiana, a fellow intern, thought I should make a drunk simulation game. The goal would be to try and keep your drunk character from tipping over by using the arrow keys to keep him upright. I thought this was a great idea and that it could be even more fun if I made BJ, our boss, the main character. 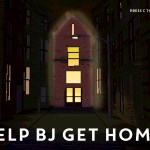 My first challenge was just getting to know the nuts and bolts of Unity. To get myself started, I did a “make a game in 15min” tutorial on YouTube. This tutorial coupled with my previous knowledge of UDK and UE4 gave me the confidence to jump into a strange new development tool.

How do you simulate a drunken walk?

First, I had to figure out how to apply physics to the character as well a way to control the character while having him drunkenly stumble down the street. Funnily enough, this was the easiest problem to solve. I realized if I just made a triangle mesh with the point facing down and turned on gravity, you’ve got a “drunk” mesh.  I added a script that made the player rotate on the x-axis using the arrow keys and that was that.

Then I had to figure out how I was going to move the character down the street. At first I though I would just move the scene so that it appeared that the player was moving. But after realizing that would be too much work I scrapped that idea. Then, with Zenas’ (founder of QuadraTron Games and a member of the Philly Game Forge) help, I scripted a vector lerping between two places that moves the object a reasonable speed.

Next, my game needed death and win states. This was a little more difficult. I learned about flagging and tagging objects. Zenas had to help me and do a lot of explaining, but I eventually understood the whole process and constructed a fully formed game loop!

Creating the assets was fun but stressful, because I had to make a south Philly city street scene in a week. I managed to make enough assets, and when I put the lighting low enough then you couldn’t see the corners I had to cut to get everything done in time.

The Show and Lessons Learned! 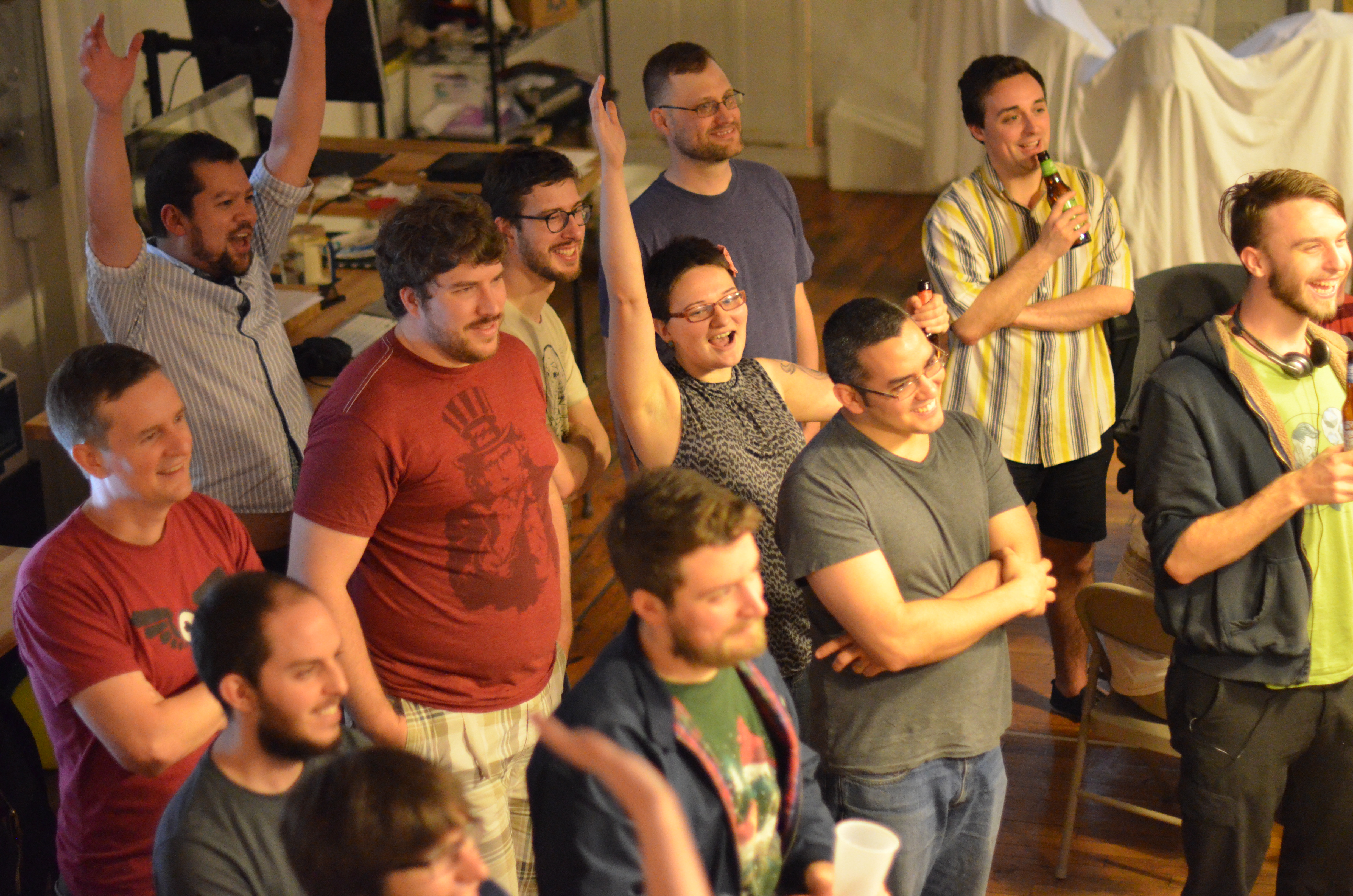 When it all came together it was pretty cool seeing that I had made a game and I think everyone at Dev Night got a kick out of it.  When people stepped up to the plate I realized that it was probably too challenging. I was the only person who could finish the level.

Next time, I know I need to get someone to play test my game before I show it off to the world. I enjoyed making the game in Unity much more than I’d anticipated, and I found out which areas of game development I need to improve on (mostly scripting). Can’t wait for the next one!

You can play my game right below here! See if you can get BJ home.