For an in-depth look at where we’ve been, what we’ve done, and where we’re going, Will was kind enough to put together this awesome retrospective. Check it out! 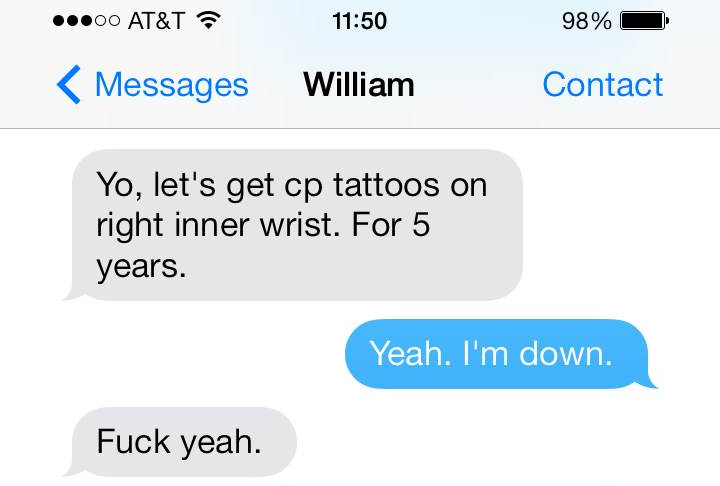 Five years is a peculiar quantity of time, at once an eternity and an instant. And it seems appropriate that a company founded on the concept of digital ink would commemorate it with the real variety.

But I’m getting ahead of myself.

Five years ago, Will and I started a digital media company. It was as much a venture as it was a gesture, a middle finger to the turnover-burnout culture of the graphic design industry we’d been raised in. We started a company because we wanted to express ourselves, take control of the things we spent our time doing.

“Yo, you wanna start a company?”
“I already filed the paperwork.”

We made a game because, well, wouldn’t you? That’s how these things go. And with Auditorium, we discovered that a little piece of code, wrapped with music and light, duct-taped and polished and put on display for all the world to see, could touch someone halfway across the globe. Which, if you want to talk emotions hard to put into words…

Imagine being on your fourth sleepless night, your third pack of ramen, your second eviction notice, and suddenly, a letter comes in the mail. A thank-you note from a teacher who was touched by something you created, and attached to the letter, two gold stars.

And after that, you start getting emails from around town. From the game community. The community, which you’re just learning exists. “Hey, there’s this thing called the IGDA, maybe you guys should talk?”

“Hey guys, we’re gonna talk about making things up as you go along.”
“You may notice we didn’t prepare anything.”

And you realize this community is home. The home of more crazy people who stay up till daylight because their shader isn’t compiling right on arm6. People who argue for twenty minute spells about pixels, kerning, difficulty curves, architecture, controls, consoles, platforms — but never argue about the fun. And slowly, surely, you find more of them hanging out, becoming family.

Fast forward. Our company is five members and five years strong. Our neighbor leaves the office next to us.

And now we have the Philly Game Forge. A new home for the family we found — or found us, I suppose. Our inaugural showcase was a testament to how much we’ve grown as a community, and as individuals. Tell me five years ago that hundreds of people would show up on a Friday night in Philly to see games they’ve never heard by people they’ve never met and I’dve given you one hell of an eyebrow.

In the midst of the crowd, I saw that same passion from before. People creating what they want to create for no reason other than they felt it should exist. And people connecting with those creations, and smiling, and experiencing the fun.

So of course, sitting in a tattoo shop on a Sunday getting ink seemed appropriate. And even more so, it’s appropriate that even though Will and I can agree on getting the tat, we still get to disagree about the direction it should face. 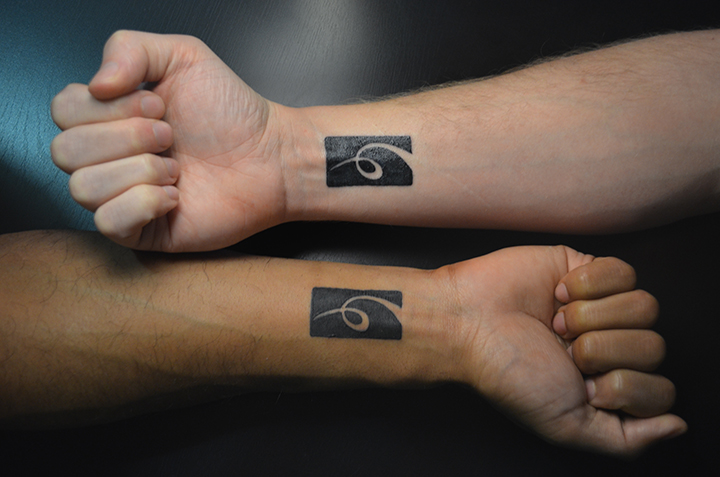 But every day, you can damn well find the fun.